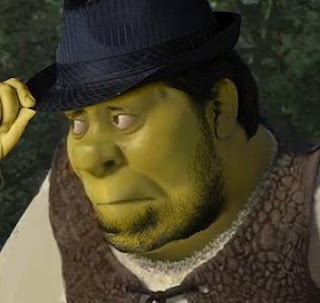 In response to previous conversations both on and offline I've decided to write up what I see as some of the key problems with liberalism. As the dominant political and moral ideology of modernity, liberalism underlies most of the things we take for granted in the West, such as individualism, freedom of speech, the concept of rights and duties, and even colours the way we view such things as freedom itself. Therefore, in criticising liberalism I am not aligning myself with a viewpoint either left or right on the political spectrum: it should be obvious to even the most casual observer of modern politics that liberalism, and neo-liberal economics, has been the underlying assumption of parties across the political spectrum for the last 30 years.

By criticising liberalism it should be obvious some of the things I am not doing. Firstly, I am not making judgements on individuals - that should go without saying. We have to be able to evaluate and compare different world views and say what we think their shortcomings are without fear of hurting people's feelings. If you personally feel uncomfortable because your worldview is under scrutiny - and as a theist in a predominantly atheistic society, I am very familiar with this - then you need to find out what underpins your view and try to defend it rationally, or at least point out where you view the criticism of liberalism to fail.

As it turns out, in modern discourse we are used to having mutually clashing but ultimately unresolvable differences of opinions on political and ethical issues, and this is actually one of the ways in which the liberal assumption of relativism actually undermines such discourse.

Secondly, and again it should go without saying, I am not aligning myself with 'alt-right' or nationalist views - such views may share with mine a fundamental suspicion of modern liberalism, but in their obsessions with race and identity and their hope in demotic solutions to societal problems they are actually the mirror of the far left they claim to despise. As a Catholic Integralist (explanation later), I am as incapable of subscribing to such views as I would be to a Marxist philosophy.

Finally, in doing this critique I am well aware of the problems with talking about a general 'liberalism' without being more specific. There is of course a big difference between classical liberalism in the tradition of Locke, and more modern forms of liberalism. But here's the thing. When you take the starting point of the Enlightenment project out of which liberalism grew you are accepting a narrative whereby the older forms of religious and ethical decision-making were 'rolled back' to create a 'neutral' public space within which rational discourse was the sole arbiter. Religious and ethical issues are then relegated to the private sphere, and could make no public claim on others. Inevitably, earlier forms of liberalism which were still strongly grounded in Christian ethical frameworks had more robust defences of things like virtue etc., but as time went on these key elements eroded away - liberalism got 'thinner'. This development was inevitable in the light of the founding assumptions of the Enlightenment project. Today it leads to absurdities like Japanese sex robots.

So what are the key problems with modern liberalism? Three:
1. The key value of tolerance
2. The myth of Progress
3. The idea of freedom as 'freedom-from'

1. In conversation with liberals and in my own research I can find no higher liberal value than tolerance. I guess it goes with equality, but I would argue it is more fundamental than equality. If you are astute you will notice that tolerance is actually a key Christian principle. Jesus said 'judge not, lest ye be judged', the emphasis on forgiveness and reconciliation in parables like the Good Samaritan and the Prodigal Son is clear. Whether Christians have always lived up to these principles in practice is a different matter. But tolerance here is tolerance of the person, not tolerance of sin. Christians have always recognised the importance of 'love the sinner, hate the sin'. In other words the Christian principle of tolerance only makes sense within the wider framework of Christian ethics in which humans are fundamentally flawed, and can do nothing without God's grace. In which God is a just but merciful judge.

What liberalism has done is strip away this framework and keep the bare principle of tolerance. 'Do what you will, as long as it harms no-one'. This is nowhere more keenly felt than in the area of sexual ethics. On this simple principle, the use of child sex robots is incapable of condemnation. Liberalism alone cannot tell you what to think about such cases, other than - 'hey man, what he does in the privacy of his own bedroom is up to him'.

So my main reason tolerance is a problematic value is that it is too negative to have any real moral force, and it relies on profoundly flawed utilitarian principles. What we need is a much more robust 'thicker' moral framework which doesn't view morality simply in terms of whether people have maximised pleasure and minimised pain.

Ok then, you might say, liberal traditions don't just go on bare principles of tolerance but also compassion, equality, etc. My problem here is that these are essentially imports from the religious background out of which liberalism grew, shorn of all their transcendent trappings. Why treat people compassionately? Because humans are fundamentally valuable. Why are humans fundamentally valuable? Because they're human. Hang on, you've just begged the question. That's not a reason, simply an assertion. It's not even wrong.

Ok, so there's a deeper problem going on here. Someone more eloquent than me will have to uncover it; here is a passage from a modern classic which explores this question called After Virtue, by Alasdair MacIntyre:

"My own critique of liberalism derives from a judgement that the best type of human life, that in which the tradition of the virtues is most adequately embodied, is lived by those engaged in constructing and sustaining forms of community directed towards the shared achievement of those common goods without which the ultimate human good cannot be achieved. Liberal political societies are characteristically committed to denying any place for a determinate conception of the human good in their public discourse, let alone allowing that their common life should be grounded in such a conception. On the dominant liberal view, government is to be neutral as between rival conceptions of the human good, yet in fact what liberalism promotes is a kind of institutional order that is inimical to the construction and sustaining of the types of communal relationship required for the best kind of human life.

This critique of liberalism should not be interpreted as a sign of any sympathy on my part for contemporary conservatism. That conservatism is in too many ways a mirror image of the liberalism that it professedly opposes. Its commitment to a way of life structured by a free market economy is a commitment to an individualism as corrosive as that of liberalism. And where liberalism by permissive legal enactments has tried to use the power of the modern state to transform social relationships, conservatism by prohibitive legal enactments now tries to use that same power for its own coercive purposes."

2. I guess it might be possible to be a liberal without being a progressive, but I'm not quite sure how that would work. Modern liberalism is profoundly wedded to the ideal of progressivism. We are moving away from a dark, superstitious past, to a bright, rational future. Yes, we may have blips like Trump, but we will triumph in the end. This is the liberal myth of progress. It's not too hard to see how the Enlightenment project gave birth to this myth. In rejecting religious golden ages in the past, they projected their golden age into the future, thus modernity was born. I know of no better pin prick to the absurd balloon of this optimism than the words of Theodor Adorno: "Progress, seen clearly, is progress from the sling to the atom bomb."

3. The third problem with liberalism is perhaps the deepest. It is where it makes a decisive break from its Christian background. This is the view of freedom as 'freedom-from' things, as opposed to the traditional and Christian view of freedom as 'freedom to effortlessly choose the good'. On the liberal view freedom is merely the absence of external coercion - liberation from the chains of whatever happens to be the oppressor.

Reverend Jacques Philippe wrote in his phenomenal work Interior Freedom, “To achieve true interior freedom we must train ourselves to accept, peacefully and willingly, plenty of things that seem to contradict our freedom. This means consenting to our personal limitations, our weaknesses, our powerlessness, this or that situation that life imposes on us, and so on… the situations that really make us grow are precisely those that we do not control.”

It is by training ourselves to accept these limitations, external and internal, that we achieve freedom - when we do this, our inner peace and calm cannot be affected by whatever situation we are in - we can freely choose to do the good. Mere absence of coercion is never going to be enough to guarantee that someone can do this.

An analogy for this is when we learn a skill such as riding a bike, or drawing, or playing a musical instrument. We don't just pick up the flute and start playing it like a maestro first lesson, we have to discipline ourselves over time, and subject ourselves to the authority of another to learn it. Then one day we pick it up, and we are truly free in our playing.

So, I hope to have shown why I cannot embrace liberalism. Not because I'm some nasty bigot or just like Donald Trump Jr (!), but because I find it philosophically incoherent and thin. A Catholic Integralist believes that ethical and political decisions cannot be based on an individualist, relativist world view, and that they must appeal to notions of virtue, robust definitions of the common good defended in the public square, and a view of the world that is sacramental, in which the inherent worth of the individual is down to their creation in the imago dei, the free and loving gift of a creator God.

Two excellent books which explore these questions are After Virtue by Alasdair MacIntyre and The Politics of Virtue by Adrian Pabst and John Milbank.
Posted by Matt at 13:15 No comments: