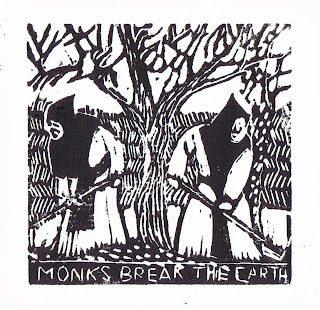 Pope Benedict claims that it is not intellect that separates us from the animals, because we share that in some sense, but rather Tradition, the possibility of passing on to others the product of the intellect, and thus augmenting it and enriching it as it is preserved from generation to generation. He says:

“Tradition is the precondition for our humanity, and whoever destroys tradition, destroys humanitas – he is like a traveller in space who himself destroys the possibility of ground control, of contact with earth….”

He is talking about the Church, but could be talking about schools – schools play an important role in the transmission of culture from one generation to the next. Remember teachers you have a noble calling – you are not primarily trainers of people for the job market – that may be a secondary aspect of your profession – but foremost you are passing on culture, augmenting it and enriching it certainly, but keeping as your central concern what humankind has always considered most worthy of communication down the generations.

And if we don't maintain that connection to Tradition, of learning free from utilitarian considerations and economic calculations, we are liable to drift off into the meaninglessness of results tables, constant assessment and hoop-jumping which some in government, in the absence of any positive idea about what education is for, seem content to make it all about.

What follows is a blogpost by a young person I know who wants to remain anonymous.

The boasting of tolerance is the biggest lie I have seen to date.

On Friday, we saw the US Supreme Court legalise same-sex marriage in all states. On the same day, I logged into WordPress to find a rainbow banner across the top of my screen, put there without asking my permission. On Facebook, there is a rainbow filter you can put on your profile picture to show your support for the ruling. That’s one of its purposes anyway.
The other – which they don’t advertise – is to uncover the bigots, haters, “homophobes”, who can be identified by the fact that they have not changed their pictures. It’s to see who is full of backward and prejudiced ideas, who doesn’t believe in progress or in freedom… or in tolerance. There’s the word we’re after.
The campaigning we see so much of nowadays is done in the name of tolerance.
“I want to live in this particular way but it isn’t currently tolerated, and that’s what needs changing. I need the freedom to live as I choose.”
But it’s now gone so much further than that. Tolerance doesn’t – to most people – really mean tolerating something anymore. It is now about conformity. You can’t just put up with what someone else does; you have to approve, applaud as they do it, join in with the celebrations. It’s no longer a case of saying, “let me live my life and I’ll let you live yours.” It’s, “notice me, notice what I’m doing, tell me that you like what I’m doing, even if you have always fundamentally disagreed with it.”
How can a movement so confidently boast tolerance and a greater openness to other people’s opinions, when it shouts down any opposition? It’s an openness to different ideas, yes, but now only to those different ones. Traditional ones are not acceptable.
“We want you to tolerate what we think, but we won’t tolerate what you think.”
Suddenly anyone not in agreement with the new normal idea of what is and what is not alright is “other”. Not only are you wrong in what you believe: you have no place in this modern world; you are too stupid and narrow-minded to get it; you’re a dreadful person; in fact you might as well not be called a person.
You know you’re seeing intolerance when someone doesn’t bother presenting an actual argument, but rather resorts to insults and aggression, or maybe just complete dismissal.
Tolerance is necessary, yes. Even if you don’t like what someone is doing, it doesn’t mean you can elevate yourself to the position of God and decide on a suitable punishment for this person’s immoral way of life. You should never persecute them.
But now the persecuted have become the persecutors, and everyone is clearing a path to allow them to do so. Scared of being called intolerant, everyone joins in with the accusations and abusive name-calling. Behold: the thought police. Having been a victim of oppression is no excuse to become an oppressor. If it were, there would be no justification for lamenting one’s own oppression in the first place.
As I have said time and time again, there is a difference between opposing a deed and hating the person doing it. Society no longer makes this distinction. To criticise what someone does will hurt his or her feelings and apparently that’s not ok. Not agreeing means not validating, and not validating means making those people insecure. The world has become like a child having a tantrum, screaming and shouting until it is allowed its immediate desire.
It’s the screaming and shouting that makes all of this so infantile. People trying to impose their lifestyles on everyone else, through whatever means, reeks of insecurity. If you’re sure of what you’re doing, and you’re allowed to do it, then why do you need everyone else to give you a thumbs up? You don’t; you just get on with it.
With all due respect, my religious beliefs aren’t going to stop any gay people from having sex, or a person from having a sex change. If they cared about what the Catholic Church said about these things, they probably wouldn’t be doing them, would they?
No one’s peaceful opposition is going to stop you having a lifestyle you want, so how about showing a little of the tolerance you claim to be fighting for?